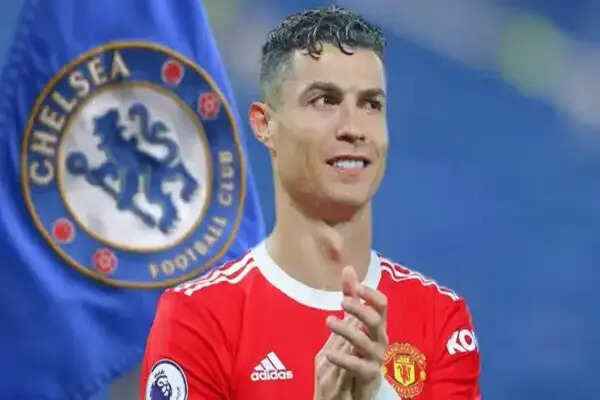 Cristiano Ronaldo’s time at Manchester United has come to an end.

In one of the most shocking stories of the year, it was announced on Tuesday that Cristiano Ronaldo has had his Manchester United contract terminated.

This comes after Ronaldo’s expolosive interview with Piers Morgan that saw him take aim at the club, the manager and many more.

“The club thanks him for his immense contribution across two spells at Old Trafford, scoring 145 goals in 346 appearances, and wishes him and his family well for the future
Everyone at Manchester United remains focused on continuing the team’s progress under Erik ten Hag and working together to deliver success on the pitch.”

Ronaldo now has the task of finding a new team ahead of January. Given reports earlier this year, which stated Ronaldo wanted to leave United for a Champions League side to ensure Lionel Messi cannot break his record for most goals, the forward has a very limited pool of teams to pick from now the group stage of the competition is over.

And as his former side Sporting did not make it out of their group, they are likely ruled out as a destination.

101GreatGoals have picked out four teams Ronaldo could join this winter.

Given Ronaldo’s current wages, there are only really a handful of sides who could afford to pay the Portuguese.

One of these is state-owned PSG. The French outfit are well-known for signing superstar names, with Lionel Messi, Neymar and Kylian Mbappe arriving in recent years.

And as PSG do not have a top-quality no.9 on their books at present, their owners may be interested in signing CR7.

How Messi and Ronaldo would work in the same team remains to be seen, but it would certainly be the most interesting move Ronaldo could make in January.

Chelsea
Under previous ownership, a move for an ageing Ronaldo who is not cut out to play the modern, pressing style would be unlikely.

However, Todd Boehly is now at the helm and the American owner is inexperienced to say the least.

Boehly has already become something of a joke amongst football fans after he stated that Mohamed Salah and Kevin De Bruyne came from the Blues’ academy.

There were also reports in the summer that Boehly wanted to sign Ronaldo, and he now seemingly has the chance to do so.

In the summer there was reported pushback from then-manager Thomas Tuchel regarding Ronaldo, but the less experienced Graham Potter may not have the credit in the bank to convince Boehly against a move.

Napoli
Napoli director Cristiano Giuntoli insisted in October that the Naples side have no plans to sign any new players when the January transfer window reopens.

He told DAZN ahead of Napoli’s Champions League clash with Rangers: “Ronaldo in January? We won’t sign any player in January.

“We don’t need to change anything in this team. We’re doing great and we’re not planning any signing, as of today.”

However, given Ronaldo is now available for free, that may change the Italian outfit’s mind.

Napoli have been without a superstar name for many years and the Serie A style would likely suit Ronaldo more than the Premier League these days.

Real Madrid
The final team who could sign Cristiano Ronaldo this winter is Real Madrid.

The Spaniards could certainly afford his wages and there has already been talk of a move before Ronaldo’s contract was terminated.

It was claimed on Monday that Cristiano Ronaldo has offered his services to Los Blancos, who are without a no.9 at present following the injury to Karim Benzema that forced him out of the World Cup.

Like PSG, Madrid are famous for signing superstar names and whilst he is not the player he once was, Ronaldo could still offer something to the Spanish powerhouse