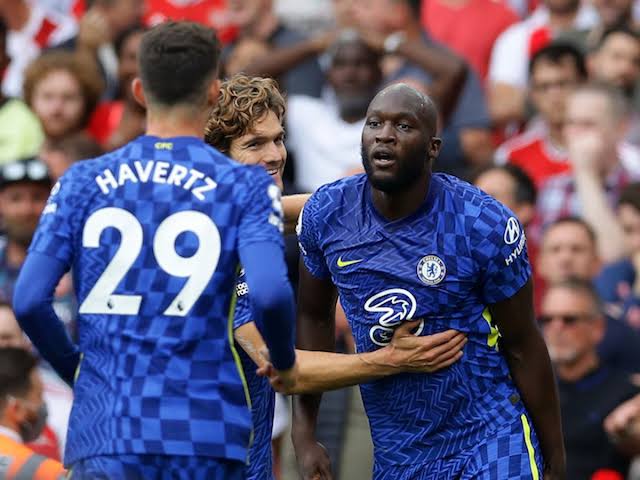 Today match is going to be another entertaining match between Chelsea and Aston Villa in the week 4 of the English premier league. The Blues lost to Villa in the last match of the league last season and Thomas Tuchel will be going for a total revenge this time around.

Chelsea are currently 3rd on the league table with 7 points and a win today will make them go to 10 points in 4 games. Saul Niguez will be hoping to play his first game for the blues today and with the injured Ngolo Kante the Spanish International might be making his debut for the blues.

The blues have a better head to head record against Aston Villa after wining 26 times from 52 meetings. Chelsea will be hoping to extend their wining record against Villa at Stamford Bridge later today. It will be very difficult for Aston Villa to defeat the blues this time around because of their current form. The likes of Mason Mount, Kai Havartz, Timo Werner and Lukaku were Impressive in the International break and that will be a huge advantage for the blues.

Chelsea have won 3 games out of their last 5 fixtures and they will be going into the game with full confidence. Chelsea have one of the strongest team in the English premier league this season. Thomas Tuchel have been impressive with his 3:4:3 formation ever since he joined the club.

Edouard Mendy will be starting ahead of Kepa Arrizablaga after an impressive performance in the last 3 games for the blues.

Rudiger, Azpilicueta and Christensen will be the 3 center defenders to start against Villa.

Jorginho and Kovacic will be starting ahead of Saul Niguez who just joined the club. Odoi will replace Reece James who was shown a straight Red card against Liverpool in the week 3 of the league match. Ben Chilwel will be playing at the left wing back position after missing 3 straight games.

Mason Mount, Timo Werner and Romelu Lukaku will be leading the attack against Aston Villa later today. Werner was impressive for his country Germany after scoring 3 goals in 3 matches. Chelsea will be without the service of Ngolo Kante and Pulisic due to Injury. Both players were confirmed injured by Thomas Tuchel in a press conference on Friday afternoon.

Villa defeated Chelsea in the second leg match of 2020/21 season and playing against the blues at Stamford Bridge will not be an easy task for Villa players.

Head To Head And Form Guide

Despite defeating Chelsea last season, Aston Villa have a poor head to head statistics against the blues. Villa will be hoping to get at least a point from Stamford Bridge later today. Chelsea will have an edge in today Match as the Blues current form is on the high. My prediction is Chelsea 3:1 to Aston Villa.

Do you think Aston Villa can defeat Chelsea?