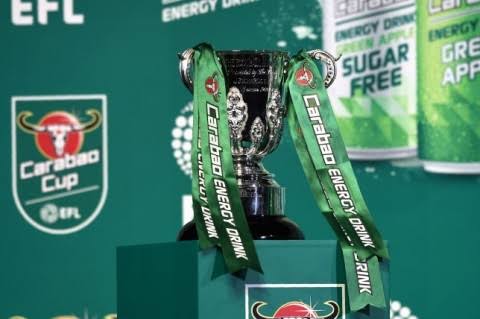 The Carabao Cup competition continues for the quarter-finals matches as Brentford welcomes Thomas Tuchel’s Chelsea at the Brentford Community Stadium for another EFL clash. Chelsea is expected to cruise to victory if they must proceed to the semi-finals of the match. Chelsea narrowly defeated Brentford with a 1-0 scoreline the last time they met and might not be able to defeat them due players unavailability. This article consists of fixtures, kick-off time, and match predictions ahead of midweek games. Mikel Arteta’s Arsenal will host Sunderland tomorrow in the quarter-finals of the Carabao Cup and might continue in their winning streak when they face Sunderland. Arsenal has been incredible recently, winning their matches in the English Premier League.

Prediction: Arsenal is the favorite to win.

Chelsea will visit Brentford on the 22nd of December 2021 to lock horns with them in the quarter-finals of the EFL competition. The Blues is expected to win against Brentford if they must proceed to the next round of the match.

Brentford is a strong team and might not go down easily without a fight against the blues.

Prediction: Chelsea may win their host.

Leicester City is a strong team and could also cruise to victory when they meet Liverpool on Wednesday.

Prediction: Leicester City is the favorite to win. Tottenham Hotspur will welcome David Moyes’ West Ham United to determine who qualifies for the semi-finals of the Carabao Cup. Although both teams’ performances are top-notch, West Ham United might steal the three points from Tottenham to qualify for the next round of the EFL competition.

What are your score predictions and who do you think will qualify for the semi-finals of the competition? Use the comment section to share your opinions

How Chelsea should line up Against Aston Villa As Lukaku, Hudson-Odoi and Christensen back in training