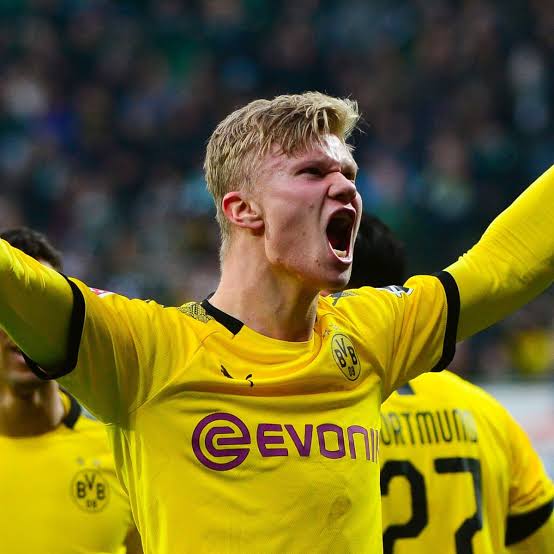 Chelsea will do everything possible to land the in form striker to further put Chelsea in a complete stability and make it difficult for any team to beat in Europe.

Chelsea Football Club have qualified for the round of 16 in the ongoing UEFA Champions League and it’s getting better for them as one of their targets has emerged the top scorer so far in the competition. The Blues have been linked with Borussia Dortmund striker, Erling Haaland, and he has been doing great work for both club and country.

The on form striker has found the back of the net six times so far in the competition and he is getting ready to score more goals. Check the other top scorers in the current UEFA champions League below:

If Chelsea can get the services of this quality player along with Timo Werner band others, I see Chelsea to be one of the contender for the Champions league and the premier league Winner.

Like Loading...
Related Topics:Can Chelsea TargetErling Haaland Win The Top Scorer In The Champions League.
Up Next

Hakim Ziyech, Timo Werner and Mendy: Who should be considered as the best signing this season.