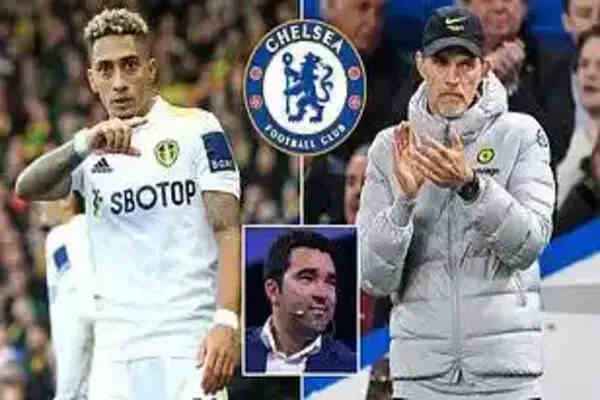 Chelsea are still in negotiations with Raphinha’s agent Deco over finding an agreement in personal terms with Barcelona and Arsenal still interested in making a surprising move for the Brazilian attacker.

Besides Raphinha, the Blues are as well in pursuit of a number of highly profiled players who can arguably help the Germany tactician win some major silverwares in the coming campaign if things will work out.

However according to Mirror Football, Juventus ace Matthijs De Ligt is allegedly closing in on a move to Stamford Bridge following reports that the Italian giants have already identified Presnel Kimbape as his potential successor. De Ligt, 22 is Thomas Tuchel’s top transfer target in an attempt to reshapen his backline following the departure of Antonio Rudiger and Andreas Christensen as free agents.

The Dutch international is as well keen on moving to premier league with Chelsea preparing a final offer to Juventus in the coming hours after a series of talks.

Like Loading...
Related Topics:Big News: Another Player is Heading to Chelsea After Club Identifying his Replacement
Up Next

Chelsea Transfer News : Neymar An ‘Option’ For Chelsea, Chelsea Close In On Raphinha