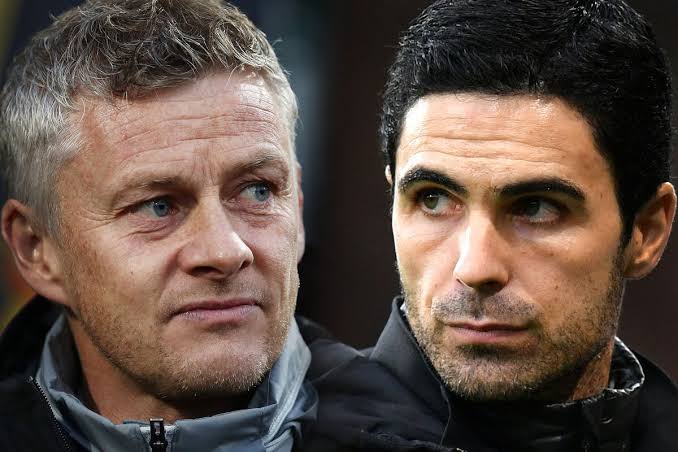 Arsenal take on Manchester United at the Emirates Stadium on Saturday for a crucial Premier League clash. Here is the match preview.

This is a scary one. Playing against Manchester United always is for Arsenal, although less so on home soil. It’s been over two years since the Red Devils tasted victory in north London, in stark contrast to the Gunners’ form over at Old Trafford.

Since beating them courtesy of Pierre-Emerick Aubameyang‘s penalty back in November, the trajectories of both sides couldn’t by more disparate. Prior to the shock defeat at home to Sheffield United last time out, Ole Gunnar Solskjaer’s side had gone unbeaten in the Premier League and firmly placed themselves among the title contenders.

Arsenal by contrast went on torrid run of form that saw them sink to the very depths of the division, even getting placed among the relegation candidates. That was short-lived.

16 points accrued from a possible 18 since Boxing Day has turned the tide remarkably for Mikel Arteta’s men, now sitting just five points adrift of the top four – prior to Sp*rs facing Liverpool – and playing their best football of the season.

Add to that the addition of Martin Odegaard on loan from Real Madrid and five outgoings that included four players no longer wanted at the club and progress is being made.

United are a different kettle of fish, though. Consecutive 2-0 wins in the previous two meetings at the Emirates Stadium suggest otherwise, but there is a distinct inferiority complex when coming up against these long-time foes.

Under Arteta, Arsenal have won both of their meetings against United, in turn instilling a new sense of belief and maybe, just maybe, working closer to removing the air of fear that comes each time they face United. At home for this one, here’s the preview of a potentially season-defining clash.

How to Watch on TV

When Is Kick Off? Saturday 30 January
What Time Is Kick Off? 17:30 (GMT)
Where Is it Played? Emirates Stadium
TV Channel/Live Stream? Sky Sports (UK) fuboTV (USA)
Referee? Michael Oliver

Arsenal Vs Man Utd: Both Right Now Situation Report Before Their Clash On Saturday

Eden Hazard Promises to Replicate His Performance in Chelsea at Madrid and Later Return as a Legend.