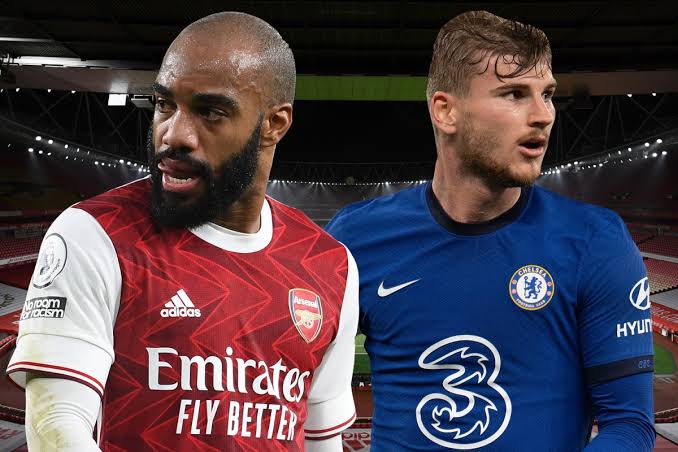 Boxing day Premier League fixture sees two London giants go head to head, judging based on current form, just one team can be regarded as a giant, the other is battling relegation. Arsenal host Chelsea at the Emirates on boxing day in a London Derby .

The Gunners need a victory in other to turn their season around while the Blues needs to win to continue being title contenders. The previous week have been disastrous for Arsenal, with club captain Pierre Emerick Aubameyang injured, Arsenal have gone to lose two games on a row. Mikel Arteta boys lost to Everton in the Premier League last week Saturday only for the Gunners to go on to lose to Manchester City in the quarter final of the Carabao’s cup. Arsenal fans are frustrated with the team week in week out. The Blues returned to winning ways last week after back to back loses to Wolveshampton and Everton.

Tammy Abraham’s brace helped Chelsea defeat West Ham 3-0 in London derby played on Monday. The victory was a much needed confidence booster for the Blues. Arsenal’s major injury blow is from Captain Pierre Emerick Aubameyang who would miss the game due to calf problem. Gabriel Martinelli was in fine form for Arsenal on Tuesday when they played against Manchester City in the Carabao’s Cup but the Brazilian picked up a knock in the first half and was substituted. The 19 year old is unlikely to start for Arsenal against Chelsea. Summer signing Thomas Partey would also be absent due to thigh injury. Granit Xhaka is back with the team after serving his three match suspension for the red card he received against Burnley. For Chelsea, Hakim Ziyech is still on the sideline, recovering from Injury while left back Ben Chilwell picked up a knock in their last League game against West Ham. Reece James is also out of the team due to Injury. Olivier Giroud would be anxious to face his former Side, the French striker has been in fine form for Chelsea this season and Lampard might decide to start the former Arsenal man. Barring victories in Europa League, Arsenal are without a victory in the Premier League since defeating Manchester United in November. The Gunners have gone on to lose five games in seven matches.

The Blues returned to winning ways after defeating Westham 3-0 on Monday. Frank Lampard side had back to back loss in the Premier League losing to Wolveshampton and Everton on a roll. Arsenal have been the better side in the last two meetings between both clubs this year, first both teams played out two all draw earlier in the year before Arsenal defeated Chelsea 2-1 to go ahead and win the FA Cup. On paper, the game looks like Chelsea’s to lose, barring any unforeseen circumstances, the Blues should easily defeat Arsenal at the Emirates.

Giroud could get a goal, it wouldn’t be the first time ex Arsenal players are hunting the club with their new team. Arsenal 0- 2 Chelsea Chelsea’s Predicted Line Up Against Manchester City. Ziyech And Pulisic To Start