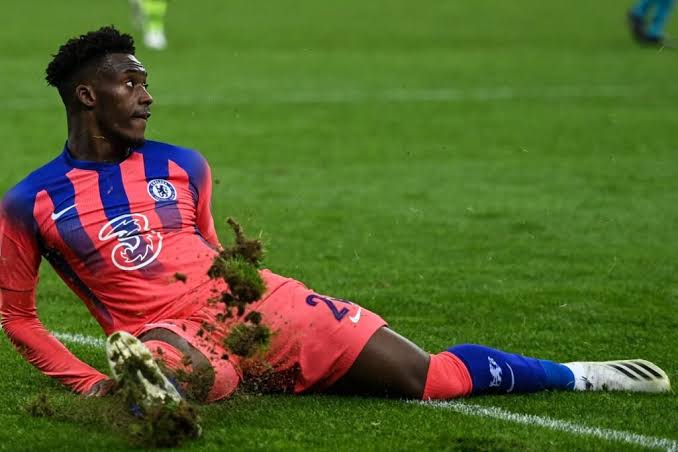 Chelsea FC is a good run of form. After going undefeated in 16 matches in all competitions. There is a new found believe among the fans that Chelsea could go ahead to win the league this season. Being 3rd and just 2 points behind Tottenham and Liverpool in the premier league table. Despite coming from a goal down to win Leeds United at home 3:1, Chelsea suffer a huge blow as their star player, Ziyech was substituted out after picking up an hamstring injury leading to Oliver Giroud equalizing goal.

To add salt to injury, Lampard in his press conference prior to the UEFA Champions league matches between Chelsea and Krasnodar, made it known that another star player in the person of Hudson Odoi also picked up an hamstring injury in training.

This is a bad news for Chelsea fans especially since this may slow or put to hold their new found form. More so, is the fact that ziyech and Hudson Odoi are the two natural wingers for that right wing position. This is not the type of news that the fans will be hoping to hear. What do you think about this? Will it affect Chelsea’s form? Lets hear your opinion. Comment below