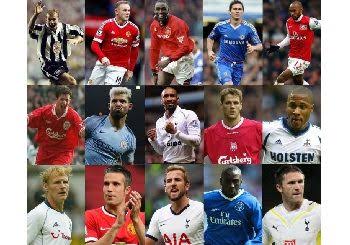 Its another weekend, and another time to enjoy football from across the globe and especially the English Premier League. 25 weeks of football and come and gone and the season is gradually winding down.

Ahead of game-week 26, let’s take a quick look at the statistics at the moment.

Manchester City still maintains a healthy 10 point lead coming into this weekend and are tailed by Manchester United and Leicester.

Surprisingly, West Ham United are still going loggerheads with the big boys as they alongside Chelsea and Liverpool make up the top 6. Arsenal is way down in 10th position and will be looking to fight harder for European places. Fulham, West Brom & Sheffield United remain the bottom three teams.

Liverpool’s Mo Salah is still leading in the race for the Golden Boot with 17 goals so far. Following him closely is the sensational Bruno Fernandez. The quartet of Bamford, DCL, Son and Harry Kane are all tied on 13 goals each.

Harry Kane might not be topping in goals, but he sure knows how to create more. The likes of Grealish, Fernandes and De Bruyne are also in close contention for the best goal creator. Manchester City’s Ederson just like his team has a healthy lead on the Golden Glove race. He currently has 15 clean sheets.

There are some interesting fixtures to look out for this weekend. What are your predictions for Chelsea vs Manchester United? Check out Chelsea 6 Fixtures in the EPL, Can they Overtake Manchester United.