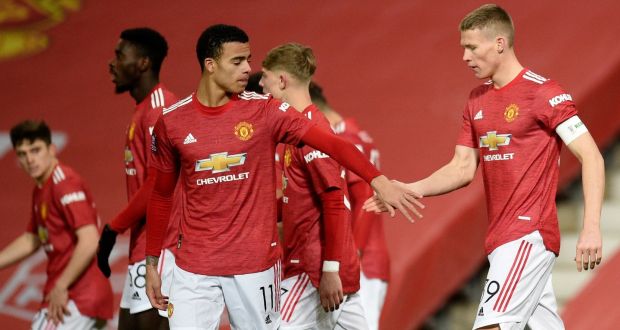 There was some interesting football action in England, with some games played across various stadia in the Emirates FA Cup. In the biggest game of the weekend, Manchester United entertained bitter rivals Liverpool in a thrilling FA Cup fourth round tie at Old Trafford on Sunday. Both sides had met just a week earlier, with the game ending in a goalless draw, and they were both looking to book a place in the next round. At the end it was Man United who sealed qualification, winning 3-2. Both sides named strong sides with a few changes, as Jurgen Klopp left Mane on the bench while Bruno Fernandes was rested for United, with Donny Van de beek given a start. It was Liverpool who made the stronger start and took the lead through Mo Salah, who was played through by Firmino. United responded well and grabbed the equalizer through Mason Greenwood via a wonderful Rashford assist. With United perhaps the better side, the first half ended 1-1. The Red Devils made the stronger start and were rewarded after defender Rhys Williams failed to cut out Greenwood’s through pass for Rashford, who slotted past Alisson. It didn’t last long though, with Salah grabbing the equalizer after some lively play, with Firmino grabbing another assist. Both managers brought star players off the bench in a bid to win the game, with Fernandes coming on for United and Mane coming on for United. It was Fernandes who scored the third goal for his side, firing a beautiful freekick from the edge of the box. Liverpool pushed for an equalizer, but United held on for the win. As a result, Man United have now sealed qualification for the round of 16, and they will now face West Ham United at Old Trafford.

Here are the full fixtures.

Related Topics:After Man United Thrash Liverpool 3-2See Their Next Opponent in the FA Cup Round of 16
Up Next

Chelsea 4:2:3:1 Line Up Against Burnley, Werner And Havertz To Start For Chelsea

Chelsea Latest: After the Lost Against Leicester, See the Next 5 Fixtures That will determine Lampard Exist