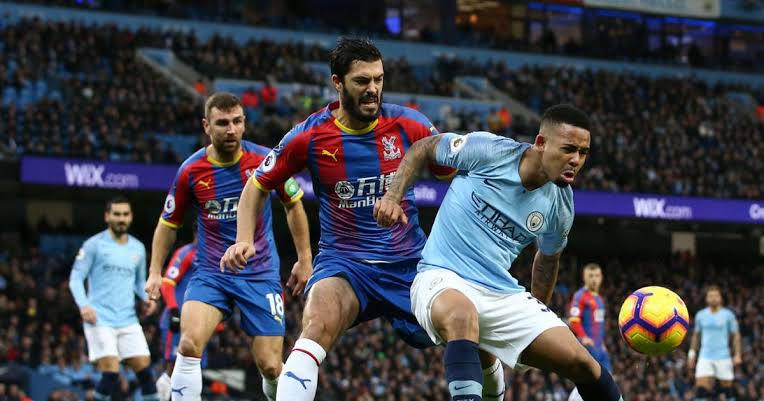 Manchester City extended their winning run to five in the league as they thrashed Crystal Palace by 3-0 tonight.

Pep Guardiola’s men took advantage of the Manchester United draw against Liverpool earlier in the day at Anfield.

Manchester City goals against Palace came from John Stones who scored in the both halves (brace) a goal each from both Ikay Gundogan and Raheem Sterling.

Here’s how the first goal came; at 26 Minutes, An incredible cross from Kevin De Bruyne meets John Stones, who heads it beyond Vicente Guaita. How the fourth goal came;

Sterling whips a Free-kick into the top corner to make it comfortable 4-0 victory.

However here’s how the EPL Table Has Changed; The EPL title is now opened to all the five teams in top Postion.

Related Topics:After Man City Destroyed Crystal PalaceSee How the EPL Table Look Like.
Up Next

Chelsea Latest: After the Lost Against Leicester, See the Next 5 Fixtures That will determine Lampard Exist

Chelsea and Manchester United 5 Fixtures in the Premiership