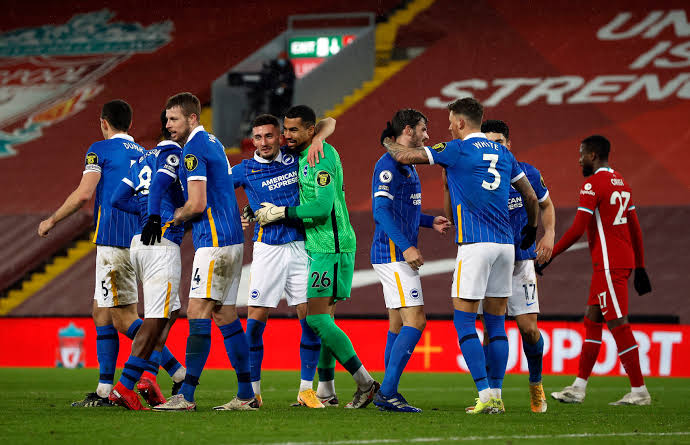 After yesterdays match day have finally come to an end, leaving fans and viewers exciting moments to enjoy and remember the beautiful memories of the game. Meanwhile, Leeds United welcomed Everton, with Everyone claiming the victory after first half goals scored by Sigurdsson and Calvert Lewin, ending the game 1:2. West Ham later on, visited Aston Villa, and ended the game 1:3, with West Ham claiming victory from Soucek goal and a debut brace from Lingard. Liverpool hosted Brighton, with the hope of maintaining their top four spot and closing Manchester City’s lead gap, however, Liverpool drop points as Brighton claimed win with a goal from Alzate, ending the game 0:1. As Liverpool drop points, and Manchester City and Leicester City add points, this is how the premier league table currently looks like. Related Topics:After Liverpool game ended yesterdaySee How the EPL Table Look Like.
Up Next

After Ziyech Displayed Soccer Intelligence to Werner, See What He did That Make Fans React

Tuchel Reveals How Chelsea Could Line Up Against Tottenham