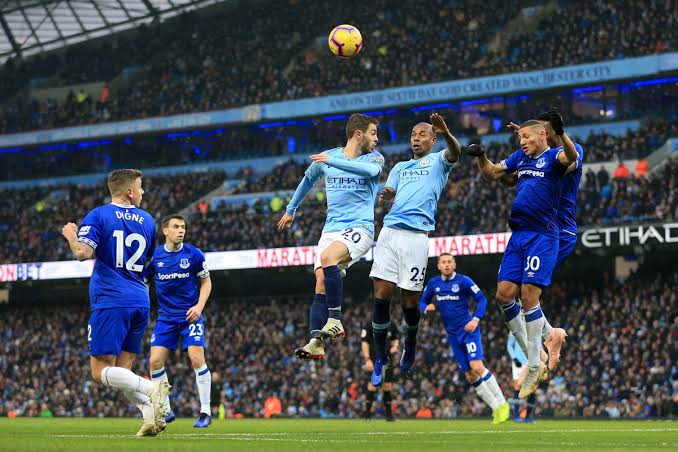 Everton take on Newcastle United in their English Premier League clash today. The game between both teams ended in a goaless draw at halftime. However, both sides created good chances in the first 45 minutes. Mina went close for Everton in the early minutes, went he sent an header across goal which was just wide of the far post, following Darlow’s slight touch from Rodriguez’s cross into the box from the left. In the 22nd minutes, Darlow pushed Richarlison’s effort away, as it made it way towards the bottom left corner and Jordan Pickford also tipped Wilson’s free header over the bar. In the 35th minutes, Darlow made a good save to deny Rodriguez after he came off his line to block his shot. In the second half, Newcastle took the lead, when Wilson’s header found the back of the net in the 73rd minutes, assisted by Shelvey, before adding the second goal for Newcastle United just before the full time whistle, with a shot across goal into the far bottom corner for his 100th career goal. This was after his shot from tight angle was denied by the near post. Manchester City took an early lead against Sheffield United in the first half, when Gabriel Jesus thumped in from close range in the 9th minutes, after he was assisted by Torres. The host dominated the ball in the first 45 minutes, but lacked a little cutting edge to convert their possession into clear cut chances, and they only managed to score just one goal. Despite creating good chances in the second half, Pep Guardiola’s boys failed to extend their lead. However, Sheffield United came close to getting an equalizer just before full time whistle, when Fleck’s fiece strike from the edge of the box, fizzled across the post, as the game ended 1:0 in favour of Manchester City. Arsenal Vs Man Utd: Both Right Now Situation Report Before Their Clash On Saturday