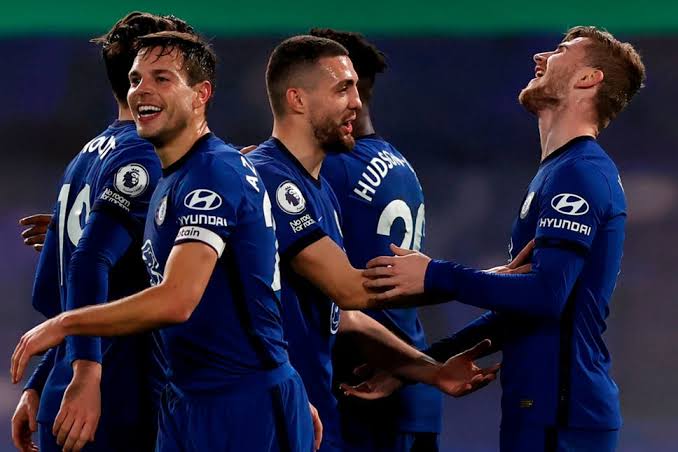 Chelsea FC took advantage and beat Newcastle United tonight at Stamford Bridge to claim their 12th win of the season.

Thomas Tuchel has now five games out of his first six match as a Chelsea manager as it look like the blues are getting back into the title race.

At 31 minutes, Timo Werner’s driven cross is palmed away, but falls straight to Olivier Giroud who taps in to give Chelsea the lead.1-0. Eight minutes later, Timo Werner finally breaks his scoring jinx when makes it 2-0. Mason Mount’s corner eventually falls to the striker at the back post who scrambles the ball over the line. In the second half, the blues continues their search for more goals..

However, this is how the EPL Table Looks after Chelsea Beat Newscastle tonight; Chelsea are now 11 points adrift of league leaders Manchester City and the latter are still having an outstanding match.

Nonetheless, this victory has stirred up the morale of Chelsea players for the next games

See Why Chelsea Are The Clear Favourites To Win Against Newcastle In Today Match.