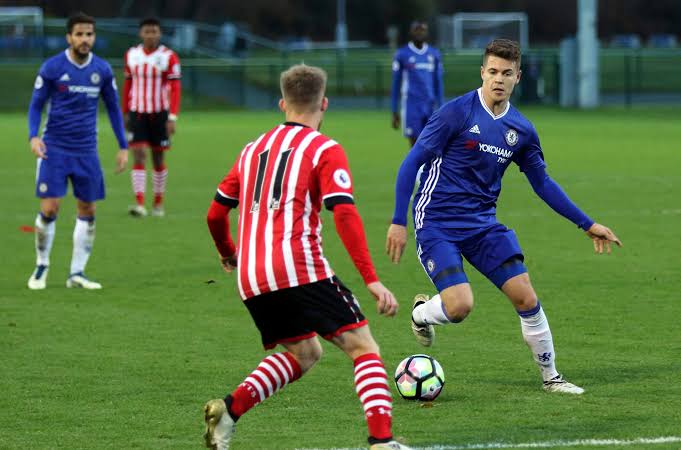 Chelsea has a very large squad and most times, most of these players are sent on loan. In fact they are referred to as “Chelsea loan Army”. One of such player is Macro Van Ginkel. Van Ginkel has been in Chelsea after he was signed from Vittesse in Netherlands back in 2013. He was referred to as the next Frank Lampard but could not live up to the expectations. He was rarely used by Chelsea. He has been sent on loan several times but his constant Injuries has been affecting his career.

He suffered serious knee Damage that almost ended his career. However after 32 months on the sidelines, He returns to the pitch. He was signed on loan to PSV for the second time last summer. However, He played his first game tonight. Chelsea even congratulated him and welcomed him back to the pitch.

Congratulations and welcome back, Marco! 💪 – My only dream is to see him play one more game for Chelsea. What a beautiful story it would be

– Wow, not a Chelsea fan but seeing a player get back to football after pretty much three years of recovery is absolutely incredible

-This man had the potential to be our next best thing. Captained and bossed it at PSV.

– Poor guys has suffered some serious injuries but glad to see him back on the pitch. I hope he can rekindle that form because his talent is immense.

– All the best Van Ginkel

This is why I support Chelsea FC, every player lives forever in our hearts.

Like Loading...
Related Topics:After 32 Months Lay off Due to InjuryMarco Van Ginkel Play First Game. See Fans Reaction.
Up Next

Chelsea Transfer Live: The Blues on the Verge of Signing Highly Rated Star as Arsenal move for Grealish

After Manchester City Game Today Premier League, This is How the EPL Table Look like.